A sunny city with a friendly lifestyle and full of monumental areas & modern buildings.

Situated on the banks of the magical Guadalquivir River, in the heart of the city of Sevilla, surrounded by incomparable tourist sites and gastronomical possibilities, the venue for this year’s European Film Awards Ceremony is the Teatro de la Maestranza, a lyrical and musical theatre which, since 1991, has led the way for opera in the south of Europe.

The weekend programme traditionally includes film screenings with Q&As and a film gala for the public and a reception on Friday night, as well as the awards ceremony, and an after-show party for guests.

The European Film Awards 2018 are presented by the European Film Academy and EFA Productions in co-operation with the Ayuntamiento de Sevilla and with the support of Creative Europe MEDIA Sub-Programme of the EU, German Federal Government Commissioner for Culture and the Media, FFA German Federal Film Board, German State Lottery Berlin, Medienboard Berlin-Brandenburg, Aveda, Coca Cola, GLS and M∙A∙C. 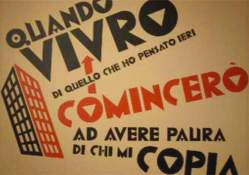